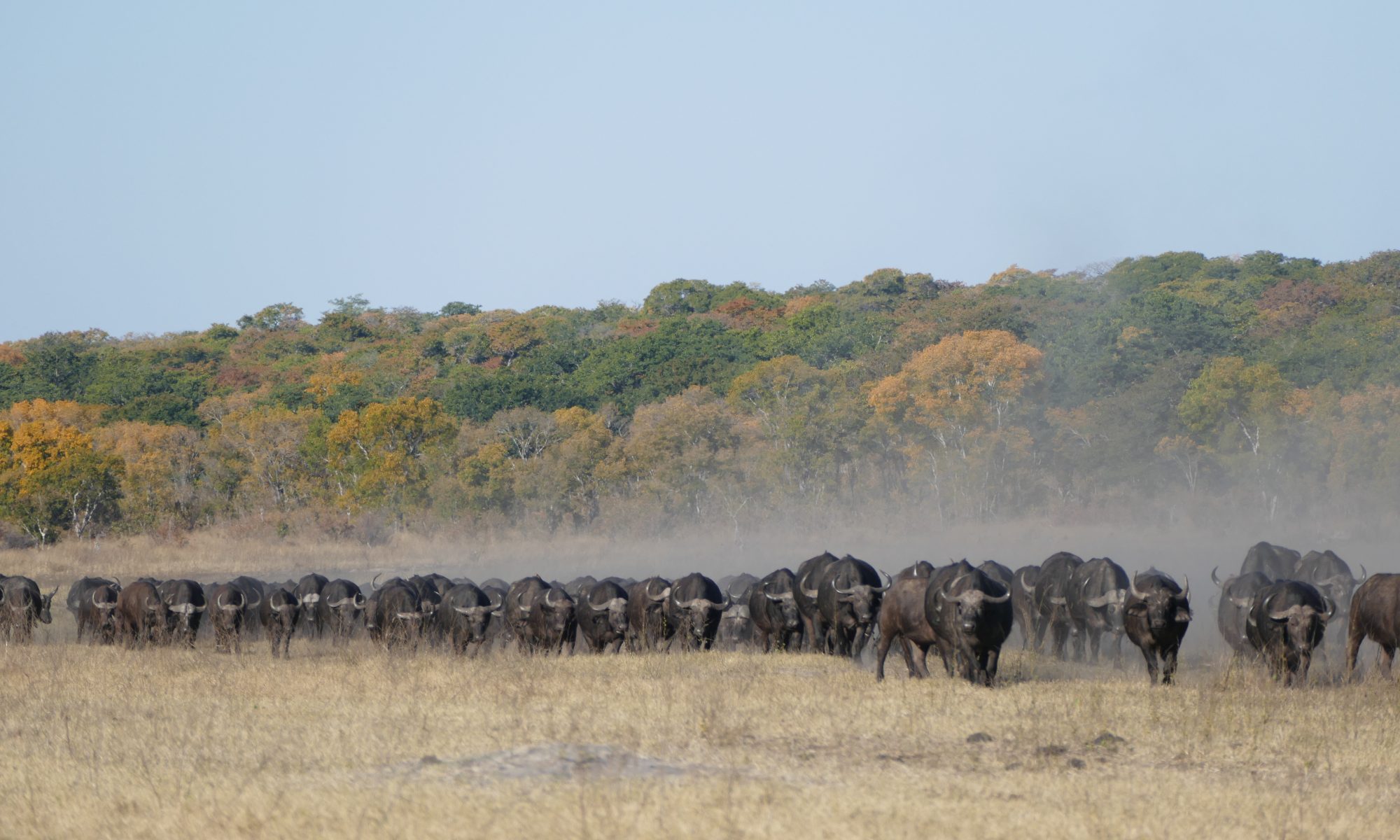 Hello, Bonjour and Salibonani from Iganyana tented Camp at Hwange National Park in Matabeleland, Northern Zimbabwe. I am on leave for some days and have the possibility to reunite with Ride Zimbabwe, for whom I have worked for 3 months in 2019.

Thursday was dedicated for the wire wire project from DARTWildlife Rescue where I helped to remove more than 11 kilometers in total of old telephone cable hanging around, non-functional anymore and not being taken care of by the company or the government. The work is very important to conservation as these cables get taken by poachers to make snares. And if poachers don’t take them, these cables are still a risk for animals as they get tangled up in the wire and could suffer an awful end of life.

The removal of the cables is quite hard work and takes a lot of time but it’s very valuable. We collected several kilometers, about 11,5km along the main road from Vic Falls to Bulawayo. The local telephone company will not collect the wire however they are keen to collect money for the cable that must be returned to them as they are the owner. Some things are just hard to understand for my European heart but I guess things are just working very differently in Africa and you have to p(l)ay along.

Back at Iganyana Camp, I spotted some wildebeests hanging around at the waterhole along with some zebras in the fabulous golden hour light. Even a Kudu bull was making his way through the bushes in the far back before the light would fade away and give space to the star’s sprinkled sky that is so very calm and soothing. Only the occasional jackal or hyena calls disrupted the tranquility of the bush.

The next morning started with an early morning ride across the vlei. While we made our way towards the Painted Dog Conservation (PDC), we came across a huge buffalo herd grazing in the vlei. The herd was about 400-500 buffaloes. It was an epic sighting! Buffaloes watching us while we were watching them.

The rest of the ride took us through beautiful landscapes until we arrived at the PDC. The entrance building is build with wires that were collected in the bush and formerly used as snares, it’s impressive to see it and at the same time sad to know how much snares can be found in nature. In the building, gorgeous paintings explain the story of Eye Spot the painted dog that lived in the late 90s in Hwange National Park. Unfortunately he had a tragic ending and died with his pack when he was only 4 years old. The human wildlife conflict is not easy to be solved.

The afternoon was quite spectacular with the buffalo herd walking in front of the camp, making their way to the waterhole in front of Safari Lodge. With the game drive vehicle we followed them and enjoyed this very special sighting for a while. There were 2 herds joining up hence we saw about 1.000 buffaloes or so. Afterwards we took a guided walk through the bush around the area of the camp to spot some birds. We even found a pearl spotted owl, a tiny little owlet up in the trees.

Dinner had to wait for us this evening as the lions were seen in the vlei and we jumped on the game vehicle another time to find them. They were following the buffaloes and we spotted them walking on the road and in the bushes. We were so lucky as we could hear and see but mainly hear the lionesses hunting the buffaloes. There was lots of trampling in the bushes, lots of hooves running around and the lionesses would appear every now and then chasing the herd. No kill was made yet. But the males also arrived and the pride was hiding and lying in the bushes, surely waiting for a next attempt. On the way back to camp we were lucky enough to spot a small spotted genet.